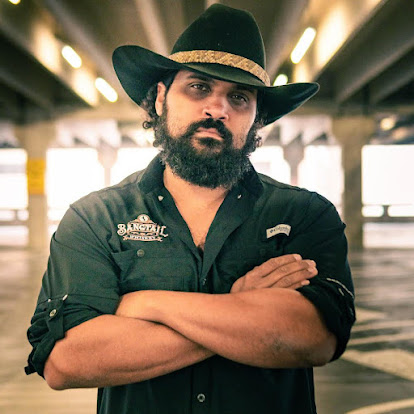 Nashville — May 27,2022 — Brandon Bing, announces the release of his new single, Blue Collar Swaller. This new single is released by Dirty Bird South Muzik and distributed worldwide by Symphonic Distribution.

This upbeat country single is the first release from Brandon's 1st full length album due to release in the fall.  Time to knock the walls down and get this party started!!!!

"Hailing from Port Orange, Florida, Brandon Bing brings a gritty, unique voice to traditional country music that makes him stand out from the rest. Brandon writes true, inspiring stories turning them into songs that his loyal following finds relatable as a songwriter. His first EP, ‘The Florida Man’ released in 2020, launched Brandon into the country music scene. Brandon’s most recent EP ‘Dyin’ Breed’ released in 2021, is filled with vulnerable and rowdy songs that every crowd sings along to. Brandon’s most popular songs include “Faraway Soldier” and “Locked Down,” have over 103K streams combined on Spotify. Brandon has over 145K streams on Spotify and 56K views on YouTube.

Brandon is a serial entrepreneur and entertainment brand encompassing his music, a solar company, and a Whiskey Brand, Bangtail Whiskey. Brandon discovered his passion for country music while performing for the first time in Nashville during the CMA Fest. He has since performed at The BMI Songwriters Festival 2022, Key West, FL, Suwannee River Jam 2022, Live Oak, FL, and Live Oak, Nashville, TN. With over 22K followers on Instagram, Brandon has made strong relationships with his rapidly growing fan base, #HossNation."

First recording was in 2019, “Sunday Funday”

Posted by Kenneth Howard Smith at 4:07 PM No comments:

Posted by Kenneth Howard Smith at 8:20 PM No comments:

The Hammer Magazine of Hamilton Ontario covered Frank Trousdell recording session in 1991, at the famous Grant Ave., Studio’s, (owners Daniel Langois and Bob Doidge). Christine Conroy of The Hammer wrote, “ It’s becoming evident to me that I am in the company of some of the greatest Canadian Musicians”. This session was performed by some of the greats such as Wendell Ferguson formerly of The Tommy hunter show, Richard Bell of Levon Helm and The Band, Janis Joplin’s Full Tilt Boogie Band and The Hawks - Ronnie Hawkins, Al Cross of Big Sugar and Jane Siberry and John Dymond of The Mercy Brothers. Franks single was released nationally then internationally called “Then You Came True”. The release aired modestly across Canada but did receive critical acclaim in countries such as Netherlands, Italy, Germany and England.

Frank Trousdell traveled extensively and performed as “Franklyn Alexander and The Bone Shakers”, in over eighty-seven clubs from one side of Canada to the other during the years 1990 to 1995. He played many Northern, Central and Southwestern Ontario venues while visiting and performing in provinces such as Alberta, Manitoba and Quebec.

After ten years as a Business Consultant and later in 2002, Frank worked as a music career consultant in association with Sound Oven Studios owner Donny Baker and Skip Prokop of Lighthouse, as well affiliated himself with Sexton Records owned by Jeff Burns head of EMI A&R dept., and worked along side Gary Muth famous for his work with Ballard Entertainment, and the Garys Agency.

Frank is back better than before performing an array of his originals written as early as 1980 to present. He is polished, plays with emotion and energy with the crowd in his focus. His cover tunes suit his style and are selected to match the audience.

Since 2015, Frank joined forces with Parker Booth on drums, Brendan May on guitar, keyboards and Bass, all teaching staff of St. Thomas Studio Arts. Brendan owner of makenoisemanstudios.com, and Music Studio Arts, has co produced The Long Road Home Album, Camoflauge Album, both distributed world wide digitally, by bongoboyrecords.com, of new Jersey, U.S.A. This power trio has been performing within the Central Elgin/Middlesex region in establishments as well, doing charity shows raising funds for the Heart and Stroke Foundation and Alzeihmers Society events.

Frank is a member of Socan/ASCAP in good standing under FabsMusic Productions Inc.,/ North Hawk Publishing. North Hawk is a Canadian based publishing boutique cataloging Franks originals, which was released through bongoboyrecords.com worldwide in 2018 to present.

Frank's newest work, “The Runner”, a ten song album is projected for official release this October 2020. The recordings were done at EMAC Studios London Ontario, produced by Matt Grady, mastered by Rob Nation. Also, we added the sounds and professional work of many artists from Nashville, to L.A. And New York.

franktrousdell.com
Posted by Kenneth Howard Smith at 3:24 PM No comments:

Posted by Kenneth Howard Smith at 8:09 PM No comments: 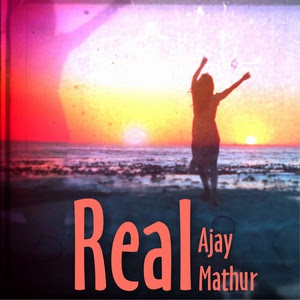 Posted by Kenneth Howard Smith at 10:26 AM No comments:

This Week on Bandcamp Daily

A guide to the rich trove of spiritual music on the site.

In the latest BC Weekly, Swiss DJ and producer Jimi Jules talks about the message behind his “+” LP.

ALBUMS OF THE WEEK

Posted by Kenneth Howard Smith at 10:07 AM No comments:

Posted by Kenneth Howard Smith at 3:58 PM No comments: